CASE is pleased to announce that the College of Podiatry has joined the Consortium with effect from 1st October 2017.

The College of Podiatry (COP) was formed in 2012 to be the charitable subsidiary of The Society of Chiropodists and Podiatrists, the Professional Body and a trade union for registered chiropodists and podiatrists in the United Kingdom.

The Ultrasound in Podiatry Specialist Advisory Group, Chaired by Dr Heidi Siddle, with the support of the Committee of the Directorate of Podiatric Medicine first approached CASE last year about joining the Consortium.

The College of Podiatry has acknowledged the increase in prevalence of ultrasound imaging by their members and subsequently identified the need to support the education of podiatrists and ultimately provide assurance to patients. As a member organisation of CASE the College of Podiatry, through appropriately trained accreditors, will be able to support the accreditation of high quality training programmes and focused courses (including foot and ankle specific courses) that promote best ultrasound practice and ensure that ultrasound practitioners, including podiatrists are safe and competent to practise in order to maximize the benefits to patients.

CASE is very excited to be working with our second new member organisation in as many years and we look forward to benefiting from the expertise and knowledge that COP will bring to the table.
For more information on the the College of Podiatry, visit their website by clicking on the image to the right. Details of the CASE Committee Members who will represent COP can be found on the 'Who We Are' page. 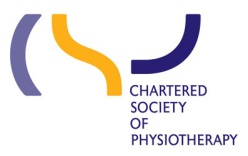 CASE is pleased to announce that the Chartered Society of Physiotherapy has joined the Consortium with effect from 1st October 2016.

The Chartered Society of Physiotherapy (CSP) is the professional, educational and trade union body for the UK's 54,000 chartered physiotherapists, physiotherapy students and support workers. Founded in 1894 and awarded Royal Charter in 1920, the CSP has grown to become the profession's largest membership organisation.
CASE is excited to be working with a new member organisation and we look forward to benefiting from the expertise and knowledge that CSP will bring to our world.
You can refer to the 'Who We Are' page to see which members of CSP will be joining the Committee and for more information on the organisation, its work and its history, visit their website here.

Following some feedback on the new CASE handbook and some queries that have been raised by Course Leaders, Accreditors and Committee Members, we have made some minor revisions to clarify a few points.

The latest version is now available to download from this site.  At the back you will find a 'Document Revisions and Amendments' table so you can see straight away what has changed.  We will continue to act on feedback and suggestions to keep the handbook relevant and updates will be made periodically so please ensure you always refer to the latest edition which is published on the website if you need to check the handbook for anything.

Get social with us